Short game with a short review. Here are my thoughts.

Don’t Make Love is an indie, romantic simulation game, developed and published by Maggese, that released for Steam on October 26th, 2017. In this game, you play as two praying mantis’ that are in love and they have this important conversation about their instinct to have sex since in real life if you don’t know, the female praying mantis will eat the head of the male during intercourse. 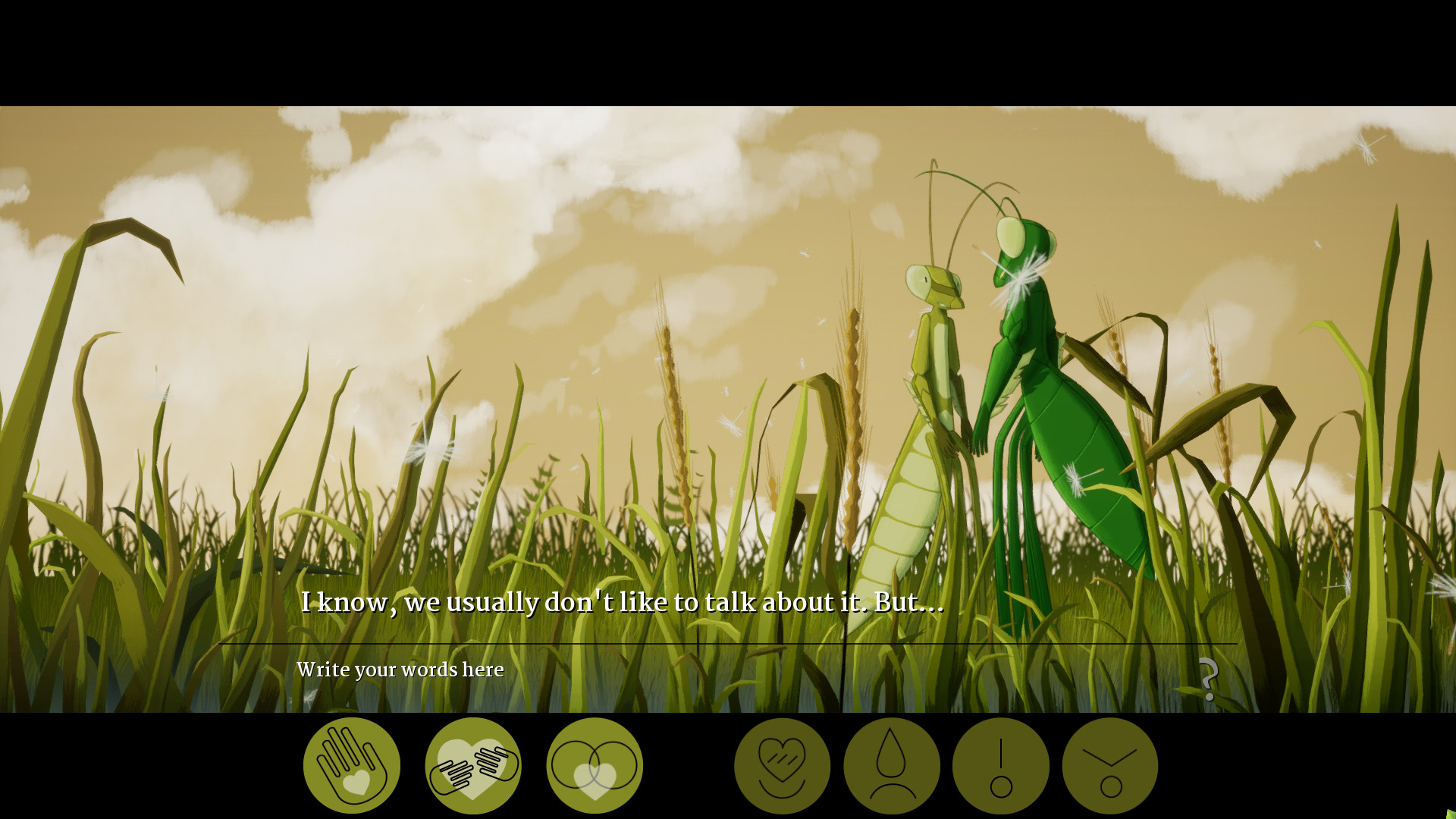 This game is pretty simple, basically, you do and say whatever feels right for you whether you play as the female or the male. You type in your responses and watch the conversation play out and you can click on the icons for them to do that specific action, such as holding hands or hugging. If you don’t reply for too long, your significant other will think you don’t want to talk and will try to get your attention. 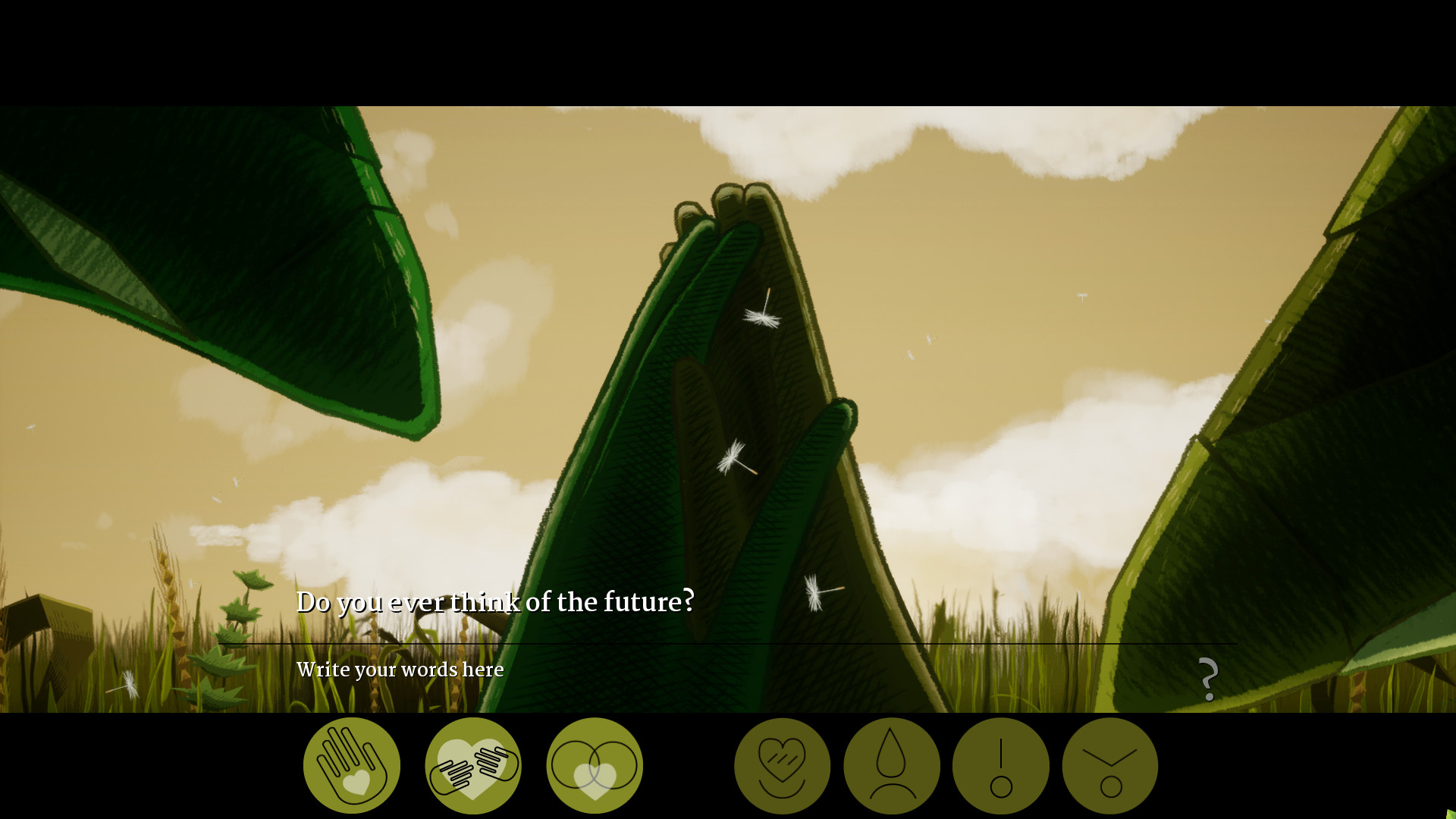 There are many different endings to the game, whether you make love or you break up and in between. Some are good and some are bad. Overall, this is a really cute game, but it also has its sad moments. It’s nice to know there are video games out there that talk about love within a different species, even if it is fictional, it’s interesting.

Have you guys played this game? I highly recommend it if you’re into romantic indie games.