This was a fun game in my childhood.

Star Fox Adventures is a 3D action-adventure shooter, developed by Rare and published by Nintendo, that released for the GameCube in 2002. 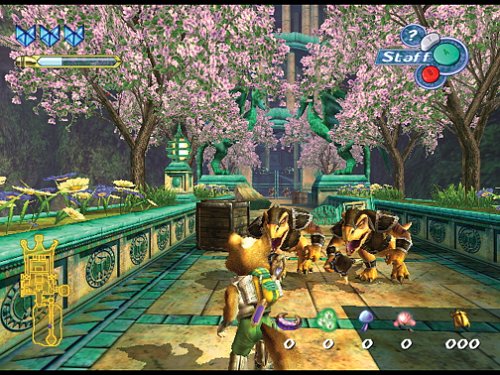 Star Fox Adventures was one of my favorites because it had dinosaurs, but it was kind of weird because I’m used to Star Fox flying around space with his crew, but instead I played a video game similar to The Legend of Zelda gameplay, which was impressive to me. It was incredibly different from the regular Star Fox gameplay. This wasn’t the very first Nintendo GameCube game I played, but this was one of them.