Guys, finding that Travel Medallion was a b*tch.

So I started out with the “EX Teleportation Rumors!” quest and I had to go to the South Akkala Stable to find a magazine, telling me where it is. It said that it’s hidden “beneath the Labyrinth” and at first I was confused, until I found out it was one of the mazes I had to do to reach a Shrine.

I did not do any of those Labyrinth Shrine quests just because I went to one and I saw about 4 or 5 Guardian Skywatchers and a live Guardian Stalker and I just said “NOPE” and did something else. But now I was like “Okay, you need to man up and do this.” and I did it and it wasn’t as difficult as I thought it was. I completed the Lomei Labyrinth, made it to the Shrine, found a chest with the Barbarian Helm inside it, got a Spirit Orb, and walked out the Shrine to complete the “Trial of the Labyrinth” Shrine Quest and to see 4 lit torches and a hole. 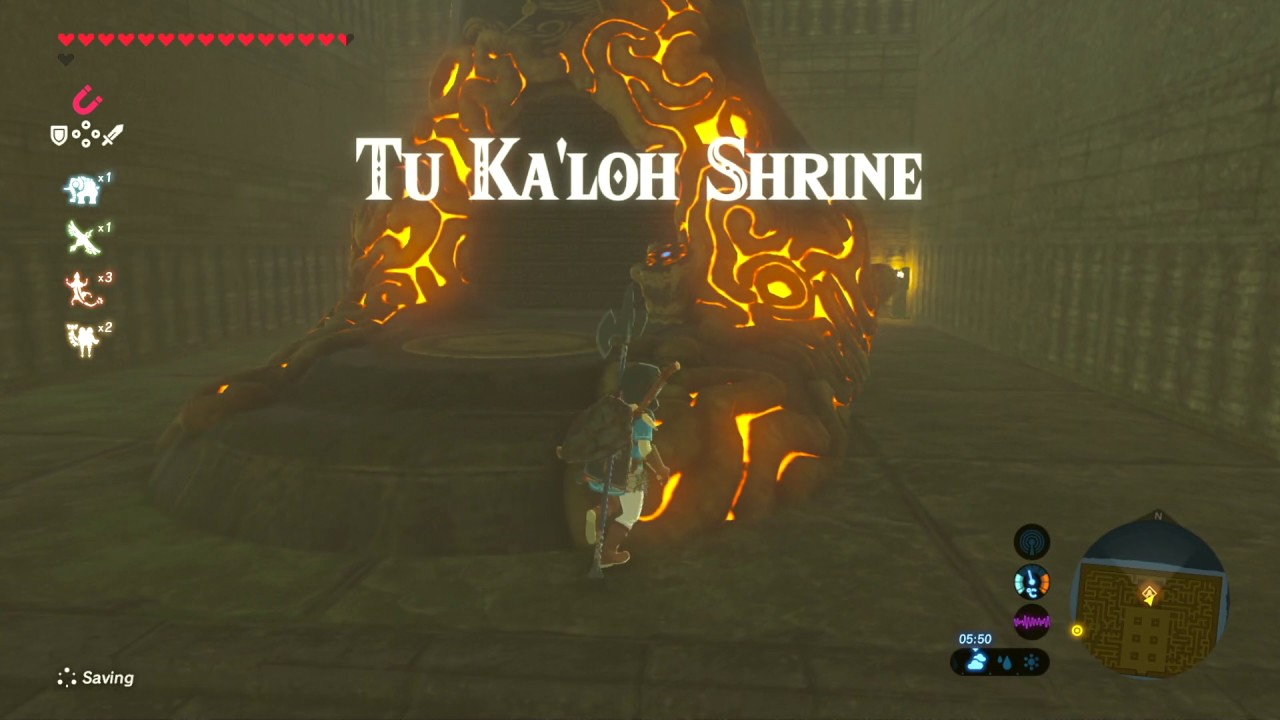 Then I thought “the travel medallion is beneath the Labyrinth” and I felt so smart. Air was going up from the hole so I had to fall down to the bottom and when I did, there were so many Decayed Guardians that I almost said “NOPE” again but none of them moved so I looked around to find a suspicious looking platform with torches and a chest. I went up to the chest and it wasn’t the purple chest with the “EX” on it but I decided to open it anyways and I got a Diamond Circlet and as soon as I exit out that scene, the Decayed Guardians lit up and I booked it. I literally said “NOPE, NOPE, NOPE, NOPE” on my way out while getting attacked by Guardians. 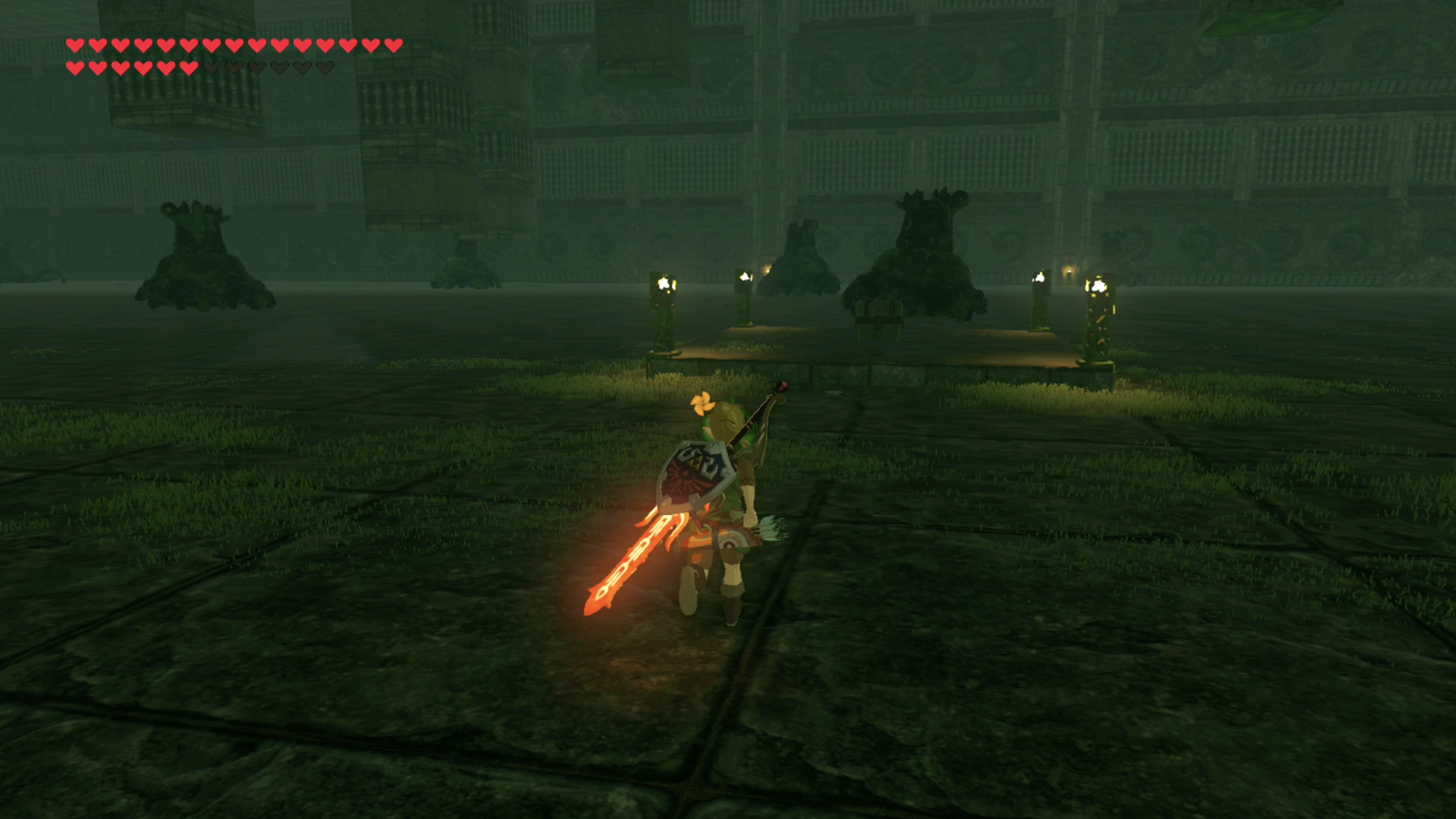 I flew out of there with the air from the platform and I thought “Where is the Travel Medallion?” I looked beneath the Labyrinth and I just got the chest with the Diamond Circlet so I actually looked up a guide and it said that it’s in the back of the area among the wall and then I was like “Sh*t, I have to go back in there.” 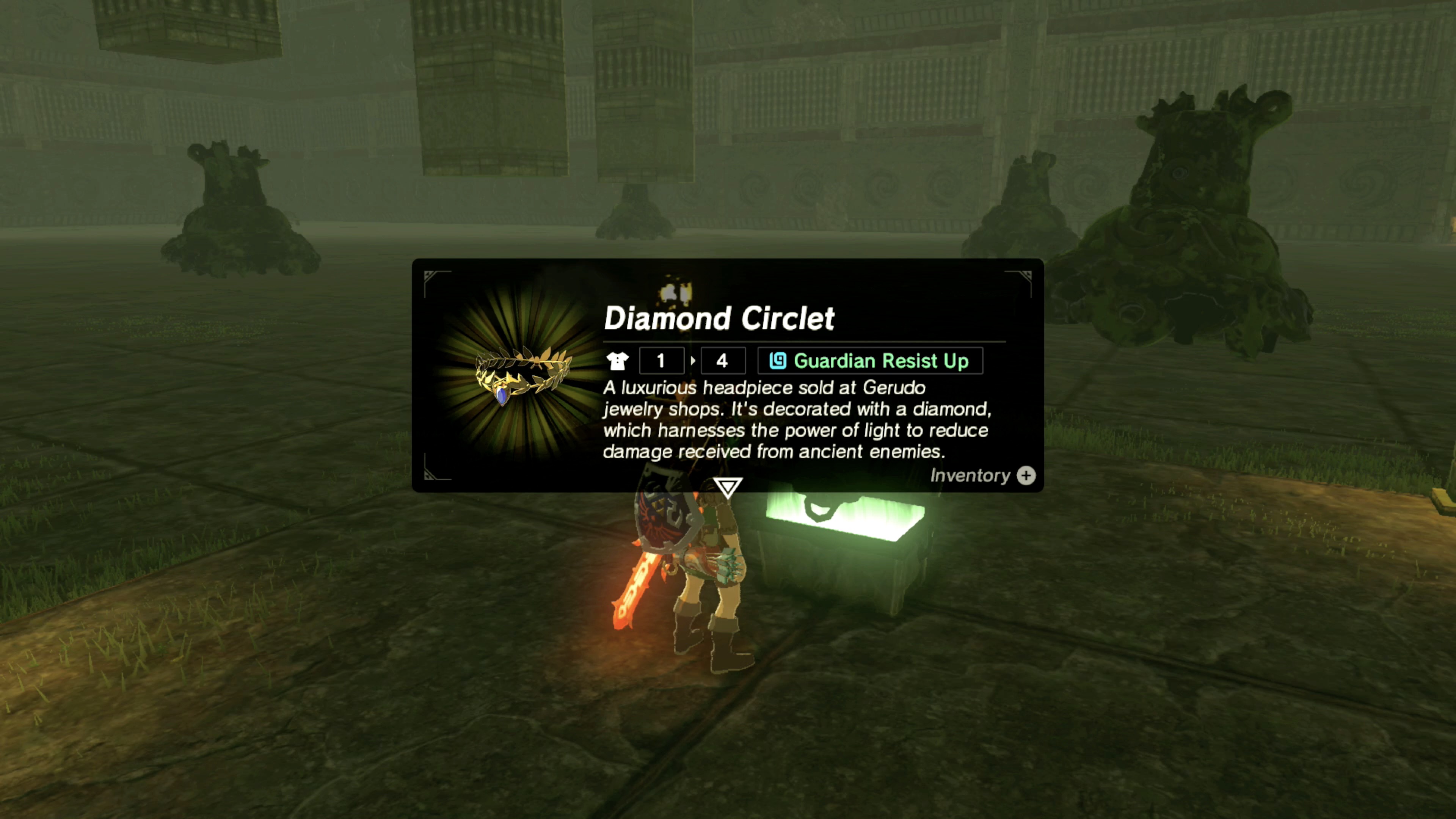 First, I went to go make some more food because I just got mauled by the Guardians and lost a ton of health. I basically ate half of my food while I was in there. I made a ton of food, especially Hearty and Hasty foods so I can have extra hearts and so I can run faster. After I made the food, I went back to the Labyrinth and went back down the hole where I was automatically seen and I ran quickly and hid.

I snuck so well, I made it to the back and got the Travel Medallion and when I was sneaking back to the platform, I snuck near a Guardian that I thought was dead and did not know had working legs and it woke up and caught me so I ran and it chased me and I was scared so I died. 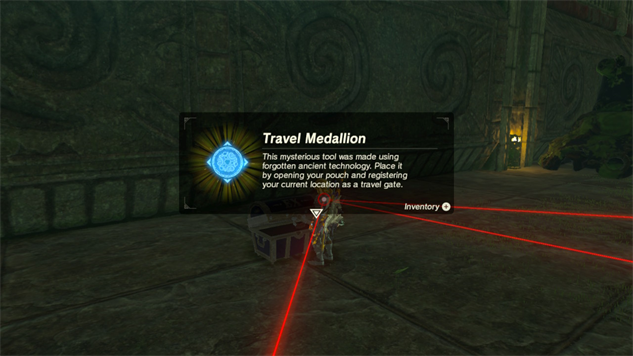 Luckily, after I died, I was teleported back to the Shrine with the Travel Medallion so I was extremely grateful for that. After that craziness, I teleported to the Central Tower and paraglided down to the Hyrule Garrison Ruins to hide from all the Guardians that decided to spot me.

Hiding from the Guardians, I hide behind a dead, Decayed Guardian and noticed that there was a chest hidden beside it so I used Magnesis, opened it, and I got the Phantom Greaves, mostly by accident. I wanted to wait until tomorrow to start getting the Armor Sets but I thought that this was a good spot to end it.

What are your thoughts so far?