This free-to-play game was extremely cute yet kind of serious at the same time.

Werewolf Tycoon is a stealth simulation eat-em-up, created by Joe Williamson and Sam Twidale, that released for Apple and Android mobile devices in 2017. I’m playing this on my Android. 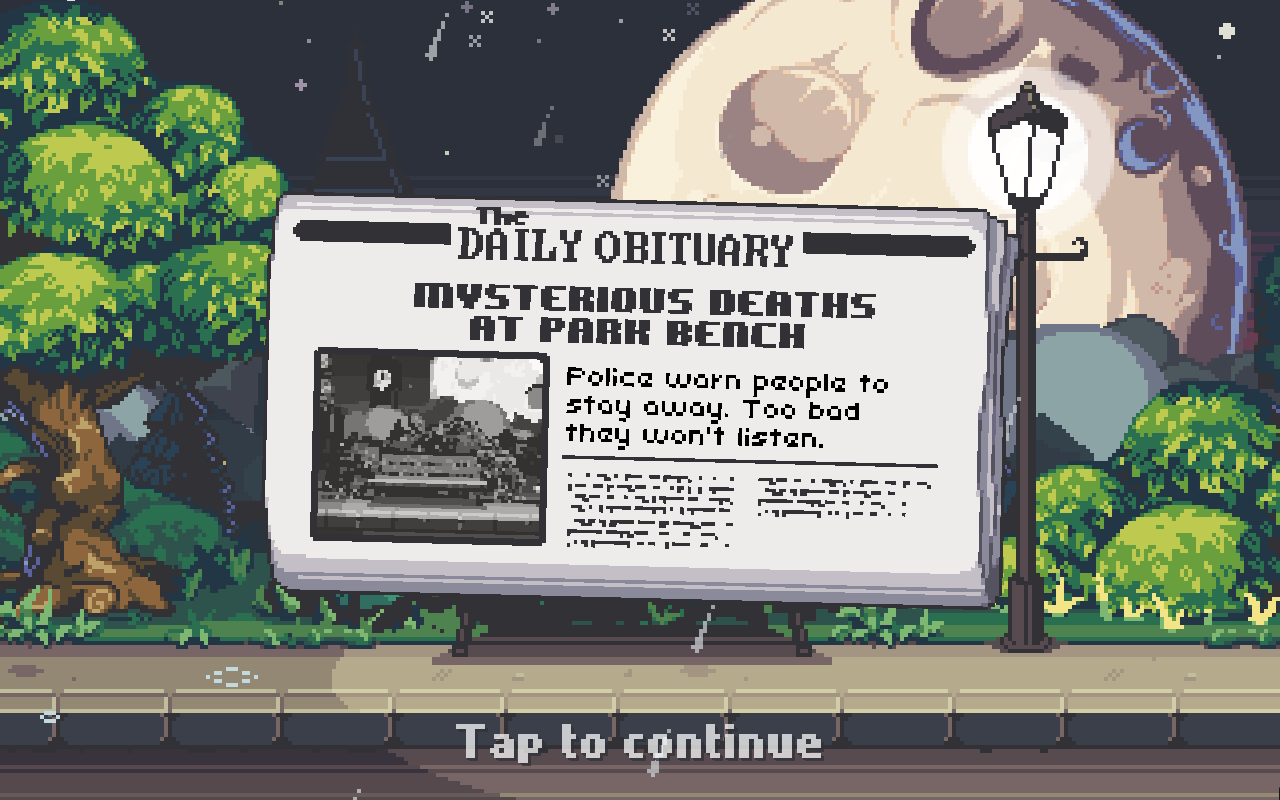 The gameplay is pretty simple. You play as a werewolf sitting near the park bench, trying to eat as many people as you can without getting caught. The game will start and people will start walking towards the bench and you will jump out and start eating people. Be mindful of the streetlight because it will make it easier for you to get caught and when the people catch you, they’ll start to run away and you have to chase them down and eat them else you’ll have witnesses.

The levels start in “Night 1” and they last pretty quick, I’d say about 10-15 seconds, so you have to try to eat as many people as you can without witnesses before the night ends. 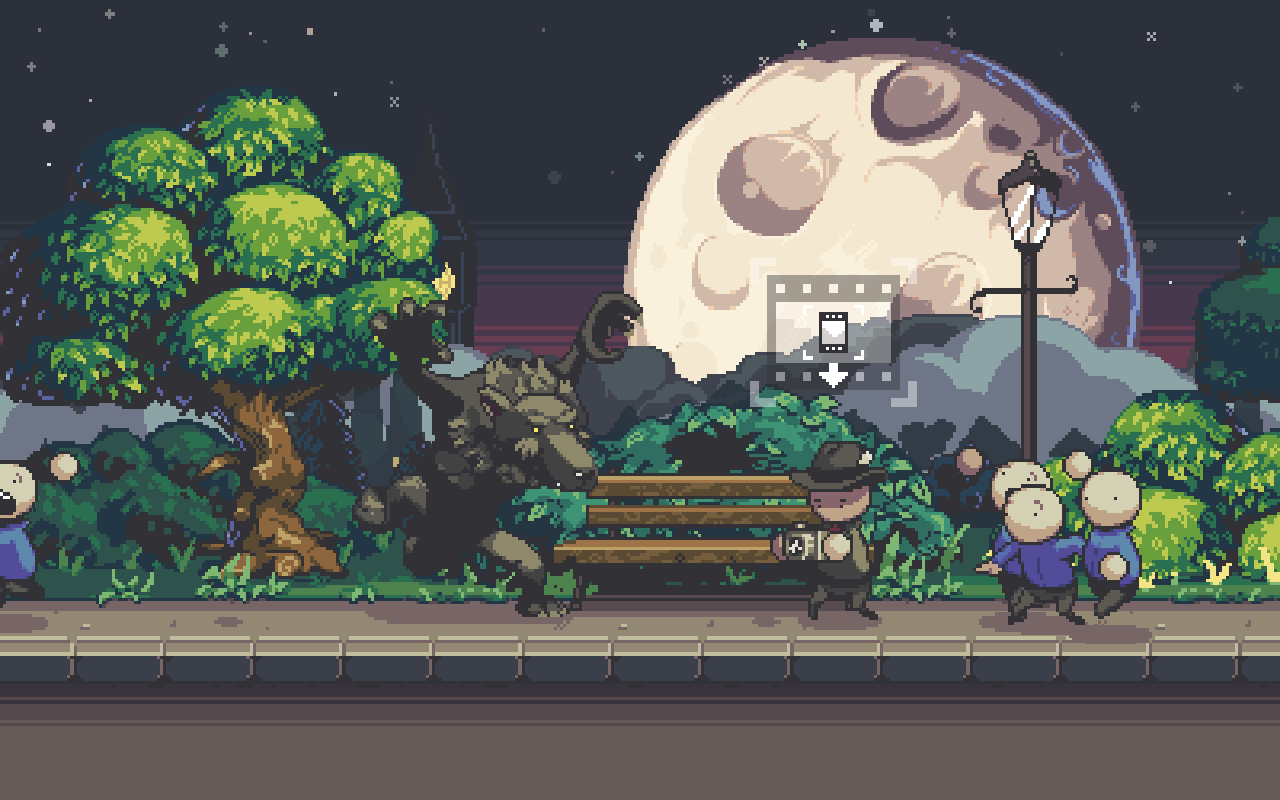 Also, there are photographers in the game and if they take a photo of you, a picture icon will show on top of them and you have to eat them before they escape. If they do, escape with the photo, the next newspaper headlines will tell you to either “Accept your fate and die” or “Watch an ad and survive”. If you die, you start all over to Night 1 and if you survive, you keep going. Overall, this game is incredibly addicting and I love the 16-bit pixel graphics and the retro inspired music. It just feels so nostalgic. There are ads in this game, but you do have the option to watch them or not and sometimes you have to watch them but they’re not overwhelming. I also didn’t have a problem with Wi-Fi so you can play this game without it. I love that you can use power-ups in this game and there are 6 different power-ups to help you throughout the levels, such as using the Wire Cutters to turn off the lights or the Lightning Rod to shock all the people in place.

Have you guys played Werewolf Tycoon?