This game gave me nightmares. Literally.

Among the Sleep is a 1st person, exploration, horror game, developed and published by Krillbite Studios, that released for the PC in 2014. I am playing the PlayStation 4 version, which released in 2015. I remember the Kickstarter for this game and it was such a huge hype at the time because you play as a toddler, which was pretty clever considering the plot and everything.

The beginning of the game starts out with the toddler looking through a glass cup while his mom is making a cake for their birthday. As your mom feeds you, someone is knocking on the door and your mom goes to open it. Then, you hear arguing as your vision gets blurry. When your mom comes back, she holds a present. She wants to open it in your bedroom so she picks you up and heads upstairs with a black, ominous fog following you. You made it to your room with no harm and your mom is about to open the present in front of you but the phone rings and she leaves, which gives you time to practice the controls a bit. 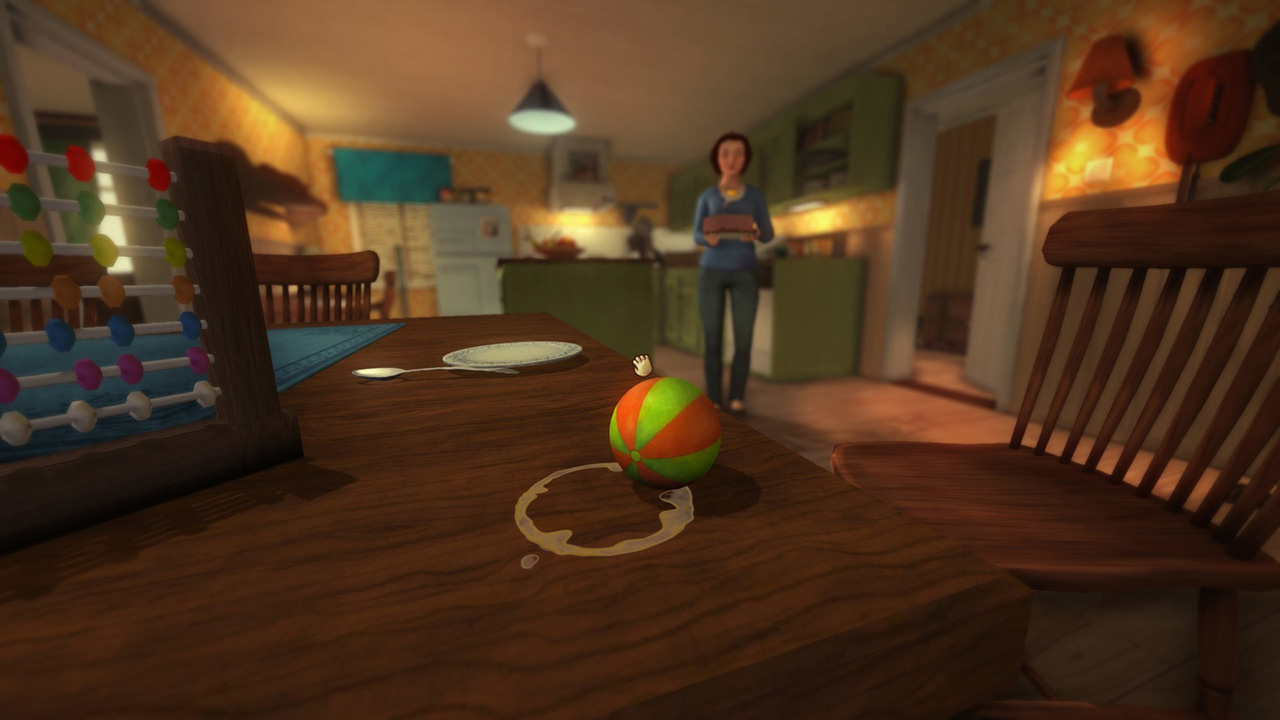 You can walk or crawl around and the game will tell you that it’s faster to crawl, but if you want to pick up items, you have to get up and walk. There is also a teddy bear named Teddy and he is a sentient being that can walk and talk. You can also push, pull, and throw objects, lean left and right around corners, and climb on chairs and tables. You can sprint as well, but too much and you’ll fall down into the crawl. When you hold Teddy on your adventure, he is used as a light when it’s too dark.

When you’re in your bedroom, Teddy will want to play a game and when he tells you to cover your eyes, you press “options” and it’s the pause menu with the toddlers’ hands over its face. 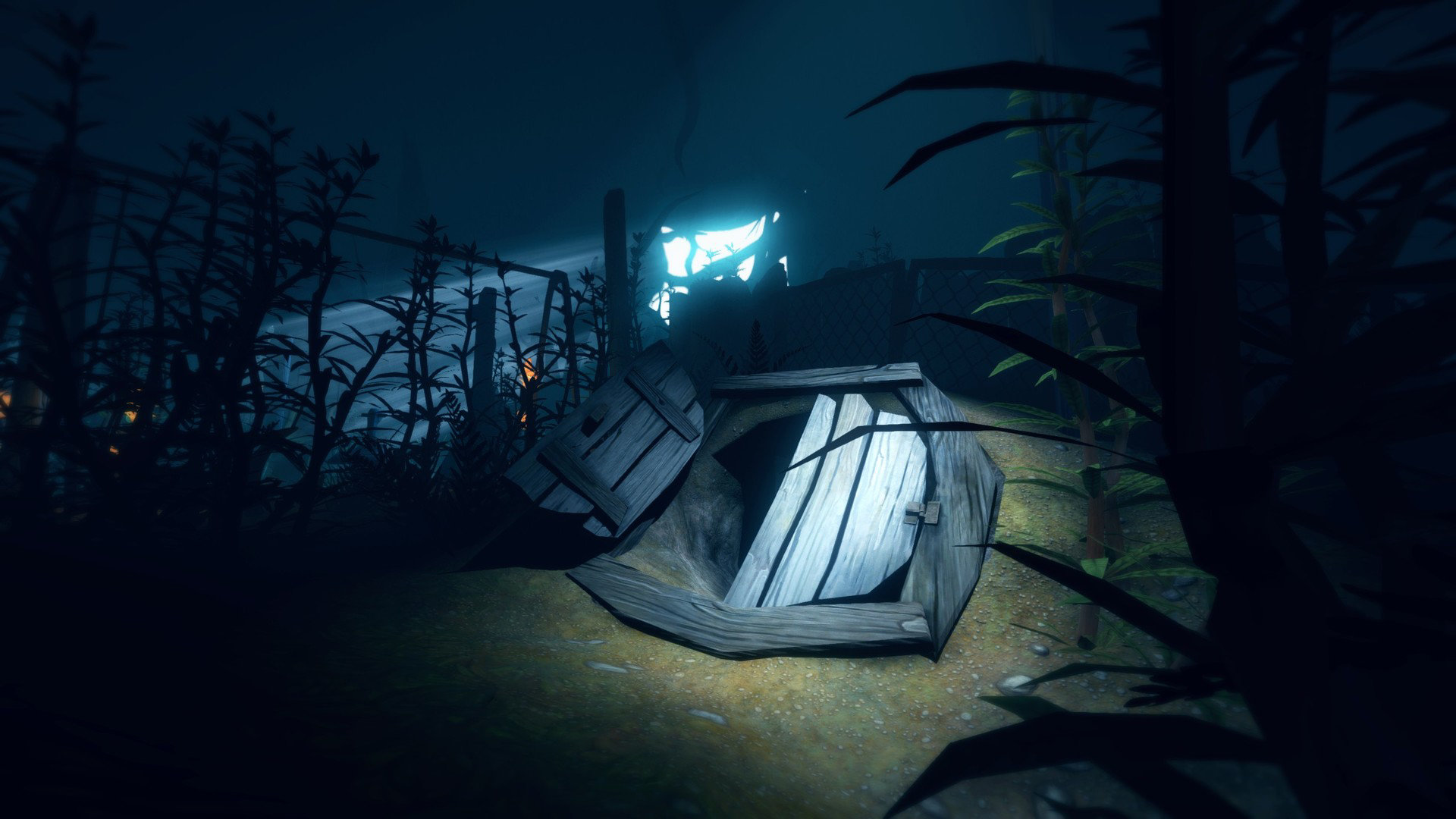 The jump scares are insane. There will be a shadow in the corner that will disappear when thunder strikes or something will be following you and Teddy will tell you that something is but when you turn and look, nothing is there until you turn back around and a shadow pops up again. This game to me is incredibly unnerving because the shadows in this game are tall like Slenderman. There will be things moving on the floor or items falling from the tables which add to the scare factor and there is the illusion of someone there when it’s just an empty trench coat with shoes under it.

Overall, the visuals are gorgeous and the story is amazing. I love it, especially since you play as a child and these are the things that the child is seeing since children have very open, creative imaginations. This is what the child thinks of his mom and how he perceives the environment around him all the time. Psychology, guys.

Have you guys played Among the Sleep?

2 thoughts on “Review: Among the Sleep”