What is this world coming to?

Pokemon: Magikarp Jump is a Generation VII Spin-off, mobile RPG, developed by SELECT BUTTON Inc and published by The Pokemon Company, that released for the iOS and Android in May 2017. 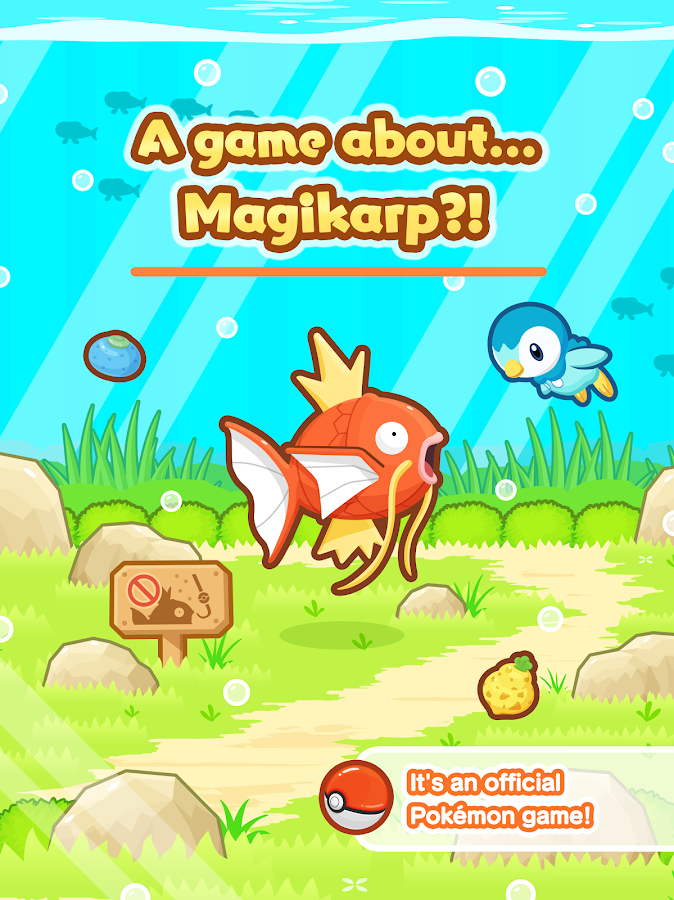 When you first start the game, it will tell you to pick a language and agree to some Terms, then you add your birthday month and year and you are set to start. In the beginning, you talk to Mayor Karp, the mayor of Hoppy Town, a place where people love Magikarp and basically, you see who’s Magikarp can jump higher. After you speak with Mayor Karp for a bit, he’ll take you to go catch a Magikarp. He’ll give you an Old Rod to catch them in a pond. 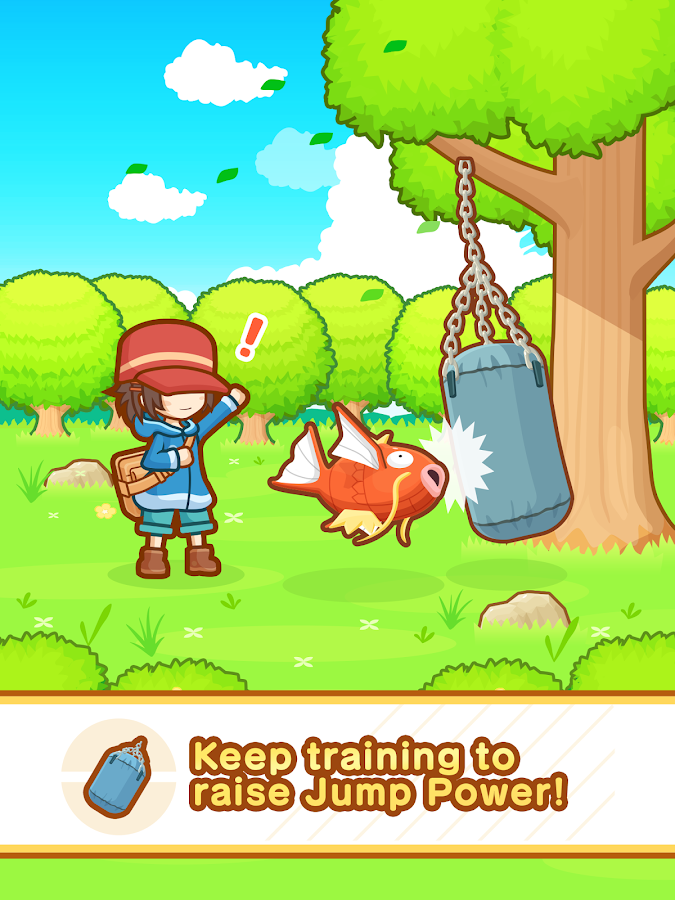 The trainer also grows, too and when your rank goes up, you get more training points and diamonds. Diamonds are used to buy decorations for your pond and to buy Pokemon to help you with support in battles and to give you more training points and JP. While you go out training, Special Events always happen at random and there are 36 events to unlock. Your Magikarp also grows bigger after certain levels and if the Magikarp can’t level up anymore, you have to catch a new one and don’t worry, there are Magikarp with cool designs and colors to collect.

Also, certain Pokemon will appear in your pond and when you tap on it, it will give you a ton of food to level up your Magikarp.

Overall, this game is so cute and it’s just so nice to actually use a Magikarp in a game because the Magikarp is very underrated Pokemon besides using it for a Gyrados. Either way, this game is addicting and super adorable. I’ll probably try to get my little cousin to play it. Also, the best thing about it is that you don’t have to spend any money to finish the game.

This game is Free-To-Play and it does contain ads but they aren’t too overwhelming.