The World Ends With You (The Japanese version is “It’s A Wonderful World”), developed by Square Enix, came out for the Nintendo DS in 2008 and in case you haven’t noticed, the characters in this game are also in Kingdom Hearts: Dream Drop Distance (3D).

But I can do a review on that later~

The World Ends With You is an action RPG set in modern-day Shibuya of Tokyo, Japan and you play as the main character, Neku Sakuraba, an anti-social teenager walking around Shibuya’s main street then suddenly passing out. When he wakes up, he hears everyone’s thoughts and starts to go crazy, then he notices a time limit on the palm of his hand, a red pin in his pocket, and a text message on his phone giving him set instructions to do before the time limit ends or he’s erased.

Confused, Neku starts to get attacked by monsters called “Noise” and without knowledge of what to do, he escapes. Suddenly, a female walks up to him and forces him to make a pact so they’re able to attack the Noise and they succeed. Neku’s new partner, Misaki Shiki, tells him about the Reaper’s Game they’re forced into and proceed to complete the mission on their phones.

This game uses a combat system that requires both of the DS screens and you perform certain attacks on the touchscreen and even shouting in the microphone. You play as Neku on the bottom screen while Shiki does her own thing on the top screen and both of the characters share HP. Throughout the game, you’ll receive pins from the Noise and the people you come across and these pins are basically attacks for the game. There are lightning attacks, a tornado move that you use with the microphone, and there are pins that can help increase your attack, defense, and HP. 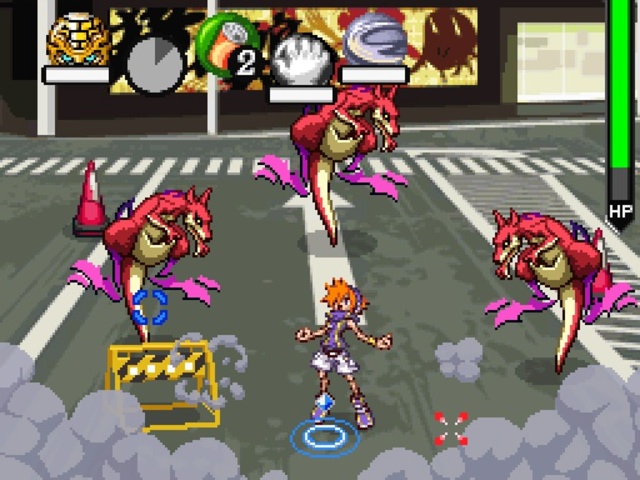 I love this game a lot. The story gets really deep and I say that because the Reaper’s Game is a contest for a prize to be brought back to life or transcend into a higher form of spirituality and that is to become a Reaper in future games. As you go through the story, you start to learn more about the characters you meet and it gets pretty deep. 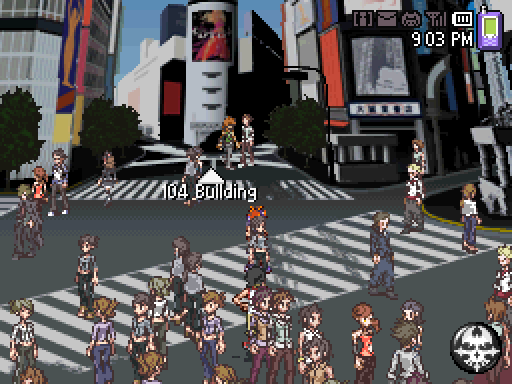 The cool thing about this game is that it uses Japanese youth culture, food, fashion, and electronics as key aspects of the game’s mission so you get to learn a little bit about Shibuya and Japan itself. I really liked this game, especially the story. This story is one of my favorites and I just love a good story in a video game.

Have you guys played The World Ends With You?